Inheriting From Your Parents: Should You Share It With Your Spouse? 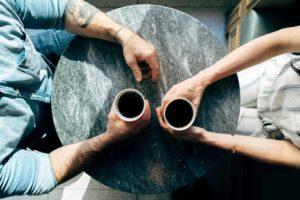 Inheriting from your parents can be a windfall for you and your family. Maybe that money can be used to help out with your children’s education. Perhaps there’s a big project around the house that needs to be done. Or maybe you’ve planned well and you don’t really need the money and can invest it for the future. But when one spouse inherits money from their family, there are legal issues that arise and it’s important that both spouses understand them. Especially if there are children from a prior marriage, the goals of the spouse receiving the money may not always align with the other spouse. There doesn’t automatically have to be drama, but you should consider the legal implications of inheriting from your parents.

An Inheritance Is Separate Property

When you receive an inheritance, most states treat it as “separate” property. This means that it is considered your inheritance, not “our” inheritance as it relates to your spouse. This can cause some friction between spouses if one spouse has a different idea of how the inheritance should be managed. Technically, the non-inheriting spouse doesn’t have a right to the inheritance or the power to direct how it is used.

The inheritance does not need to remain separate. If you are inheriting from your parents and you’d like to share it with your spouse, you can literally “put their name on it.” If it’s real estate, you can add them to the deed. If it’s a bank account, make it a joint bank account. This process is called commingling.

When I started my legal career in family law, it was common for the issue of an inheritance to be raised in divorces. The issue is whether the inheritance was “commingled” – was the asset put into the joint names of the spouses. A common way this happened was if the inheriting spouse put the money into the parties’ joint account. It became particularly tricky if the inheritance was put into a joint account, left there for a while, and then eventually transferred to a separate account much later.

For those who have placed their inheritance in a joint account, their job is to “trace” it – show the Court where the money went and attempt to prove why it should still be treated as separate property. This can be a very expensive process.

Talk To Your Spouse

As with most other advice, communication is important. Talk to your spouse. You probably have different ideas on how an inheritance should be spent. It’s likely you have similar financial goals overall for your family. But to many, an inheritance is a windfall. It wasn’t in the plans. And maybe you’ve had your eye on that new Tesla for a few years now. It’s not something that you would save money for. But since you’ve got this windfall, now’s your chance.

If you’ve recently received an inheritance or are anticipating one and would like to know a little more about financial planning and estate planning, you can click here for a free guide. If you’re ready to get started, call my office to set up a Legal Strategy Session and we can discuss the best option for your situation – (877) AMAYERS.