I Received A Summons to Show up in Court - What Do I Do? 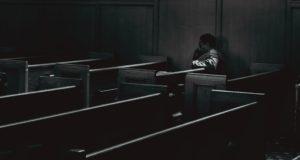 If you’ve received a summons to show up in Court, don’t just throw it in the trash. I spent a morning in Court today with a variety of cases on the calendar. Some were disputes between neighbors. Others were insurance companies that were owed money. There was even a local jeweler who had 5 customers who didn’t pay their bills. The Court’s clerk immediately broke the cases down into 3 categories:

The clerk explained to us as we started that they would start with the settled cases and default cases so that not everyone in the room had to wait all morning. This would leave the judge and the remaining parties time to do their hearings at the end of the calendar.

What is a Default

No matter what court you are in front of, a default happens when you fail to show up for Court. If you don’t show up, the Court has a variety of options for how to deal with your absence,

If your case is in the early stages, missing a court date may just mean an adjournment. But if your case has been proceeding, it can mean that a judgment or other decision can be entered against you for your failure to appear. Years ago in New York, I dealt with a vexatious litigant who would play every game in the book to try and avoid her court appearances. She even went so far as to try to get doctors to send in a note to the Court as to why she couldn’t appear. Ultimately, the games caught up to her, but it was like watching a masterclass in what not to do.

If you’ve been served with a notice or summons to appear in Court, don’t just ignore it. There’s normally a telephone number on the document that you can call for more information. You can also find an attorney or other professional to review it with you and explain the process and whether you should have a lawyer represent you.

What you shouldn’t do is just ignore it. You may find out later that you failed to show up and are out of luck if too much time has passed to undo your default.

If you've been sued personally, fill out this form and we can discuss the best options for you. When it's your business that's been sued, you can fill out a business litigation survey and we can review a path forward for your business.

If you have received a notice to appear in court or a Summons, let's set up a Legal Strategy Session to discuss the next steps for you.