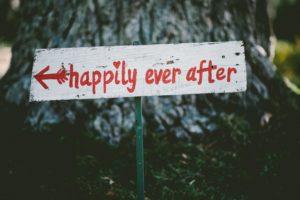 The marriage rate in the United States has been plunging. According to a story this week from the Wall Street Journal, the marriage rate “has fallen to its lowest level on record.” My immediate thought was that it was a more recent statistic. Maybe the marriage rate has fallen off due to the COVID-19 pandemic. But actually, the statistics are from 2018, which means that the number will likely continue to trend down. In my practice, I haven’t had as many consultations this spring for prenuptial agreements as I normally do, but I’ve been chalking that up to the pandemic. Maybe there’s more going on?

The U.S. Marriage Rate by the Numbers

According to the WSJ, the U.S. government began tracking the marriage rate in 1867. The 2018 rate was down to 6.5 new marriages for every 1,000 people. That’s the lowest rate ever tracked.

Near the start of the Great Depression, the rate also declined, but then rebounded after World War II. The high watermark we reached was 16.4 new marriages per 1,000 people in 1946. The marriage rate began a steady decline in 1982 through 2009, then remained flat through 2014. In 2019, around half of all adults were living with a spouse. This is down from about 70% in 1970.

Like many other articles these days, the WSJ links the current trends to Millenials. Millennials are at their “peak” marriage years and the rate is declining. But my experience has been that younger couples are still getting married and are also more likely to consider a prenuptial agreement. Many of them are children of parents who divorced. They’ve witnessed the stress and emotional toll that a divorce has on a family. They come to my office with the hopes of avoiding that with a prenuptial agreement.

Some clients see a prenuptial agreement as “unromantic” or a lack of faith in their marital bond. But many understand that it can also be treated as “insurance” in case something goes wrong.

Whatever side of the fence you fall on, if you are considering getting married and want to discuss if a prenuptial agreement is right for you, let's set up a Legal Strategy Session and we can review the best options for you.