What Happens if I Die Without a Will? Where Does My Money Go? 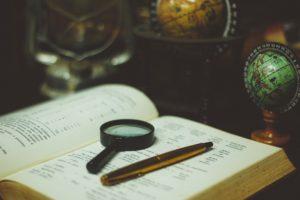 A common question that I run into is: What happens if I die without a will? And the follow up: Where does my money go? Recently, Bloomberg Businessweek had a story about Eugene Brown, dubbed by them as the “Millionaire Hermit”. It’s a long story (but a good read) and it does a good job of explaining a variety of the issues that surround someone dying without a will. Along with Mr. Brown, it gives the perspective of the public administrators. They are the people who work for the government and have to step in when someone dies. As the article points out, they include “locksmiths, biohazard and trauma cleanup services, trash haulers, auctioneers, real estate agents, courts, attorneys, and banks.” In order to sort out your estate after you die, it can take a small army.

One of the first things that have to happen is that the administrators get control of the situation. They search for copies of the will. If you own your house, they change the locks to protect the contents. Your mail gets re-routed so they can see if something in the mail can provide them with information. And then they have to go in and search your house to see who to contact next.

How Does the Government Get Paid?

The article lays out the payment structure for the public administrators in Mr. Brown’s locality. If your estate has money left over after expenses,

If the estate is more than $25 million, then the Court will determine the fees. Each locality is different, but this is a good demonstration of how your money goes to the government if you die without a will.

What Happens to My Money?

In addition to the money going to the government, when someone dies without a will, the state has a system for determining who gets what. This is usually sorted out by looking at your family tree. Which can also raise some issues if you have some family members who are closer to the person than others. Or if you have someone who was fairly active in the church or other charity and would have wanted them to benefit as well. Without a will, those decisions are left up to the state’s laws.

What Else Does the Government Do?

In addition to sorting out your affairs, the government also has to decide whether you should be buried or cremated. Also, there’s the matter of your funeral and what kind of service should be conducted.

In the case of Mr. Brown, his family members (the children of his sister) were located. The firms that worked with them received a portion of their inheritance (a separate issue to consider, especially when they got 33%). The article points out that choosing not to have a will is a choice. You have chosen to let the state decide where your money will go. They will attempt to locate your family and use their own formula to distribute it.

The Moral of the Story

You don’t need to leave it up to the state. All of the fees can be saved and that money given to your family. If you have a charity who you would like to donate to, they can receive a share as well. You choose how to live your life, you can also choose how to divide up your assets when you die.

If you don’t have a will yet, or if you have one that may need to be updated, call my office to set up a meeting and we can review the best options for you – (877) AMAYERS.