The IRA Planning in Your Estate Plan Could be in Danger 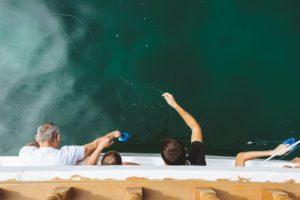 These days, many of my clients have used an IRA as part of their estate plan. Rather than have the money pass through their estate from their IRA, they use beneficiary designations. One of the possible mechanisms is to use a stretch to allow your grandchildren to inherit the money. This allows the money to grow tax-free and creates a legacy that can be used to build your family’s wealth. But Congress is considering changing the rules about retirement accounts. Called the “Secure Act”, the bill passed through the House of Representatives 417-3. Even though it has such bipartisan support in the House, there are provisions that will directly impact your estate plan if you’ve done some planning with your retirement accounts.

Everyone’s knowledge of retirement accounts seems to differ. Some clients have spent lots of time researching retirement account options. Others have a good financial planner who can help them navigate the possibilities. For a traditional IRA, you can’t make contributions past the age of 70.5 (when your mandatory distributions start). But since many of us live longer and have longer careers, the Secure Act eliminates the contribution age limit and allows you to delay your distributions to age 72.

Generally, there is a 10% tax penalty if you take early distributions. But the Secure Act would add a new exception, allowing a distribution of $5,000 when a child is born or adopted. The proposed bill would also allow part-time employees who work at least 500 hours for three years running to be covered by a 401(k) plan. So there are some benefits being proposed in the bill.

There are also some concerning proposed changes in the Secure Act. Thinking back to the stretch IRA provisions, the Secure Act would require that an IRA be distributed within 10 years. There would be an exemption for a surviving spouse, but this provision would destroy grandparents who sought to use the stretch provision to provide for their grandchildren over the child’s lifetime. Instead, it would require the distributions within 10 years of the child hitting the age of majority. This can also cause the grandchild to be put into a higher tax bracket as the distributions are being given to them.

A compromise that could help make this a little more palatable for those who have already created their estate plan would be an effective date for these provisions. Allowing people with plans already in place to continue with their plan and not be subject to the new rules would seem to be a fairer result. Without it, there’s a lot of estate plans out there that will need to be re-examined and possibly changed if the Secure Act passes as currently drafted.

If you don’t have a will yet, or if you have one that you may need to update, call my office to set up a meeting and we can review the best options for you – (877) AMAYERS.