Staying Home With Your Significant Other - Is It A Common Law Marriage? 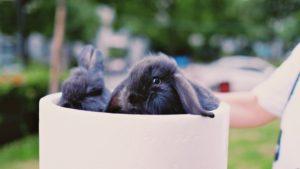 After more than 3 months of being at home with your significant other, things are finally reopening. While it’s only been around 90 days, it feels like years ago that we were celebrating Valentine’s Day. All that time at home with your significant other probably revealed a lot about your relationship. The anecdotal evidence I’ve seen predicts a rise in divorces. But there will hopefully also be a rise in marriages too. After all, weddings are still happening and people still need their prenups. While it may seem like you’re married to the person you stayed at home with, chances are, you aren’t in a common law marriage after spending about 90 days together. It may feel like an eternity, but it really was only 3 months…

A common interplay I encounter between family law and wills is what happens when two people have lived together for years. They have had a lovely relationship, maybe they have had kids, maybe they haven’t. For whatever reason, they have decided that they didn’t want to get married. Many people have read or heard about a “common law” marriage. After living together for all these years, clients have come to me assuming that they are in a common law marriage. They have come to meet with me to figure out what their legal rights are in the common law marriage. One of the first things I usually tell them is that chances are, they are not in a common law marriage.

What Is A Common Law Marriage?

A common law marriage is a legal relationship where two people are considered married, even though they did not formally register their marriage. They have lived together, told people they were married, and have generally appeared to be married to the outside world. People use the term common law marriage frequently for a couple who have lived together for years. Another more popular term recently is that the people are “cohabiting” together.

Why Am I Not In A Common Law Marriage?

If you’re in New Hampshire, they recognize a common law marriage for probating an estate purpose only.

I am not admitted to practice law in any of the locations on the list. So when my clients come to meet with me, I inform them that if they aren’t in one of those locations, they don’t have a common law marriage.

So What Can We Do To Protect Our Rights?

When the shock has worn off (ok, there normally isn’t a lot of shock), the next steps are figuring out what to do next to protect both of the people in the relationship. The good news is that there are plenty of options to choose from. It all depends on what you are looking to work out. Some common legal documents for you to consider:

Even though you aren’t officially married, there are plenty of options to protect your rights and your significant other.

If you and your significant other haven’t done any planning and are interested in some of the planning documents above, call my office to set up a Legal Strategy Session and we can review the best options for you – (877) AMAYERS.