Corporate Dissolutions: The Mechanism For Shutting Down a Company 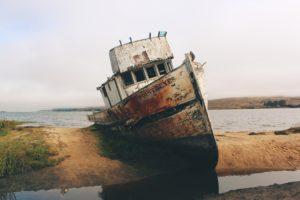 Corporate dissolutions sound a lot more intimidating than they necessarily are. It’s an imposing term if you don’t know what it means. Many times, when there’s a disagreement between owners of a business, they end up dealing with corporate dissolutions as a way to resolve the dispute. If they can’t get by their impasse, one of the owners may end up filing a lawsuit. I’ve sat down with many clients who have received a lawsuit for corporate dissolution and are worried. They’ve never heard the term before and have no idea what to do next. Their minds immediately go to a worst-case scenario – their business being shut down by the judge.

While that can be a possible outcome, there are plenty of other ways to resolve corporate dissolutions. The law is different in each state, but there are some basic principles you should know about dissolutions.

Voluntary dissolution is when a company chooses to shut its doors. The owners of the company usually come to an agreement that the company should be closed. They work out a schedule for paying off the debts of the company. If there are assets remaining, those are also divided. Finally, the necessary documents are filed with the Secretary of State to close the corporation.

An involuntary dissolution can occur when a company has not paid their taxes. The state can then seek a dissolution of the company for that non-payment. These types of corporate dissolutions can often be resolved by paying the outstanding obligations (or entering into some kind of a settlement with the taxing authorities).

The most common involuntary dissolution proceeding is when one shareholder of the company sues another for dissolution. These are commonly the most dramatic by nature. Often, although the other owners knew there was a dispute, they weren’t prepared for a lawsuit.

The dissolution by a lawsuit is commonly referred to as a “business divorce.” The lawsuit is like a divorce between a married couple. Instead of children, the shareholders are often dividing up the company. Just like with a married couple, a business divorce can be very emotional. People may have spent years building up their business. They have devoted themselves to the business. And after the passage of time, they find that their business partner no longer shares their enthusiasm for the business. It can be heartbreaking for the business owner to receive the lawsuit for dissolution.

What Happens in the Lawsuit?

Finally, these lawsuits normally move quickly, but that’s not always the case. 3 years ago, I was on the receiving end of some bombastic language from an adversary who was convinced that his filing of a dissolution case would have my client’s company shut down within a week or two. It’s now 3 years later and the lawsuit is still going on…

If you need assistance dissolving your company voluntarily or if you’ve been served with a dissolution lawsuit, give me a call and we can set up a Legal Strategy Session to discuss the process and some next steps to get your matter resolved – (877) AMAYERS.