What is the Difference Between Guardianship and Conservatorship? 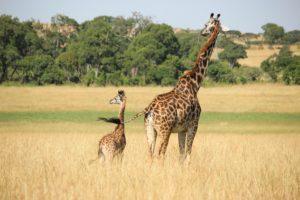 What is the Difference?

So what is the difference? The simple answer is that a conservatorship deals with finances. There are no other powers (medical decisions, housing decisions, etc.) that are granted. A guardianship is used to address all of the other powers. In order to have a guardian appointed, the person must be declared “incapacitated” as part of the process. If you are only dealing with financial powers, the person does not need to be incapacitated.

If you’re a person who has had a guardian appointed, you are referred to as a “ward.”

If a conservator has been appointed, you’re a “protected person.”

When people hear the word “guardian”, they are commonly referring to creating a guardianship for their children in their will. Sometimes, we will even prepare temporary guardian designations for people who are going on a trip. They need a simple document to leave behind while they enjoy their vacation. Since children are under the age of 18, they are legally incapacitated. They can’t enter into contracts. This eliminates one of the steps of guardianship.

If you are considering a conservatorship or guardianship (or have no idea which kind you need and want to discuss which options works best for you), call my office to set up a meeting and we can review the best options for you – (877) AMAYERS.