How Do I Loan Money To A Family Member? What Should I Do? 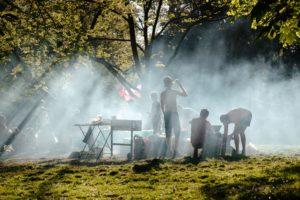 It’s BBQ season and you’ll be seeing lots of your family this summer. You run into that same cousin or inlaw who’s on the cusp of some great deal. He or she just needs some extra cash. They have to pay for college in the fall, they need a home repair, etc. There’s always some excuse why they can’t finance it all themselves.

But you’ve thought about it and decided that you can spare some money for this family member. You’ll see them at family events and they will be sure to repay you. But then your spouse asks that one question that will keep you up at night:

What if they don’t pay us back?

There’s an old saying that you shouldn’t lend money unless you are comfortable with not getting it back. Especially when it comes to family members, this saying can hold true. You may think that family members are more inclined to pay back the money, but you’d be wrong. Plenty of studies have shown the opposite to be the case.

In practical terms, many lawsuits find their way into the court system between family members. The money was lent. It wasn’t repaid. Even though the person who borrowed the money has been ostracized from the family, that pressure wasn’t enough to get you repaid.

What Can I Do?

The simplest thing you can do is before you lend the money, write out an agreement. The agreement should say who the parties (the people borrowing and the people lending) are. It should say how much is being borrowed. If you want to be repaid with interest, you should state that.* You also want to specify when the money is being repaid. Going with monthly payments? Make sure they are spelled out and on what day of the month the payments are due.

Does The Agreement Have To Be Complex?

While it may seem like this agreement is complex, it really doesn’t have to be. But you want to make sure you have the important terms in case you don’t get repaid. At some point, a judge may be looking at it and trying to figure out what you agreed to. And if you didn’t agree that you should be paid interest? You won’t be getting interest.

Do I Need A Lawyer?

You can draft the document yourself. But as with any other document, what you don’t know and don’t include can come back to hurt you. I have been involved with a variety of lawsuits that could have been avoided if the family members just had something in writing. But without it, it becomes a “he said, she said” case for a court to unravel. Rather than spend years in Court, a meeting or two with an attorney could have created a document and avoided all those lawyer bills.

If you’re thinking of loaning someone money and need a contract drawn up or, if you’re already ahead of the curve and have put something together yourselves and just want an attorney to review it, call my office to set up a meeting and we can review the best options for you – (877) AMAYERS.

* The amount of interest you can charge varies by state. You can do a quick Google search for “Usurious Interest Rate in ____” and it should guide you to what rate is allowed and what is considered usurious.