Do I Need a Noncompete Agreement for My Intern? 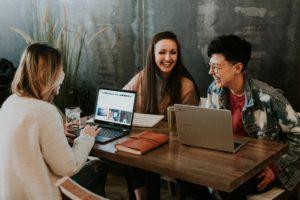 Traditionally, they are reserved for high-ranking employees and executives. Even though some states won’t even enforce the agreements in court, they have become commonplace when working with my clients who are seeking new employment.

Why Would an Intern Need a Noncompete Agreement?

According to the Wall Street Journal, interns are increasingly “being asked to sign noncompete, nondisclosure and forced arbitration agreements” by the companies they are interning at. The folks who support this practice say it helps to protect trade secrets like customer lists. Apparently, the fear is that the intern would download the information and share it on social media.

Why A Noncompete Agreement Isn’t Appropriate for an Intern

Opponents of the practice say that the agreements will impair the intern’s future job opportunities. They haven’t even started their career, and they are immediately restricted from working for certain companies by a noncompete agreement. An intern interviewed by the Wall Street Journal even admitted,

I had no idea what I signed, they didn’t explain it to me.

The intern said that the noncompete eliminated most of the companies in her town where she wanted to be and that she had to relocate to a new area to look for a new job. Terri Gerstein, a Harvard University academic, explained

The idea of noncompetes for interns is ludicrous.

Internships are supposed to be for educational and professional development, and are about expanding – not limiting – job opportunities.

The article also pointed out that a student chose not to tell his class about a White House internship due to a noncompete agreement. And some of the agreements even limit what an intern can put on their resume.

To combat the rise of these agreements for interns, Harvard Law School students even created the Pipeline Parity Project to protest law firms using these agreements on their summer associates.

In the end, it depends on what industry you are in when deciding whether you should use a noncompete agreement. You probably don’t need one for the waitress at your local restaurant. But there may be times when it would be appropriate.

If you’re considering using noncompete agreements in your business, or you’ve been given one that you would like to review with a lawyer, give me a call and we can sit down to discuss the process and some next steps to get your company’s documents in order – (877) AMAYERS.