What Will Be This Year's New Scam? It Will Probably Involve Robocalling 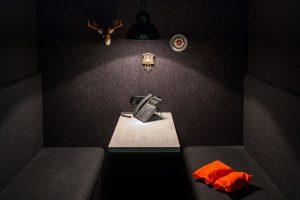 The Wall Street Journal today has an article on “Robocalling” recipients who have to deal with a new twist to the scam: phone number spoofing. For nearly 8 years now, I’ve been working with individuals who have been victims of a variety of scams. For a few years, it was the payday lenders who were harassing my clients. That moved on to people who had been the victim of an “IRS” scam. In that scam, the IRS was supposedly calling you. If you didn’t pay them immediately by Western Union money transfer, they would be sending an officer to arrest you.

More recently, “Microsoft” has been robocalling to help my clients with their computer problems. This scam tends to unravel when the client’s computer is a Mac. But then the scammer just moves on to the next number.

The common theme in all of these scams has been the attempt to use fear to get you to part with your money. Pay right now, or something bad happens to you!

What is Caller ID Spoofing?

Caller ID spoofing is used more often than you think. It’s not always used to scam somebody, but it is a common tactic. The robocallers use it to display a phone number in your area code. Since it looks like a local number to you, the belief is that you’re more likely to pick up the phone and answer.

Although it seems like it should be illegal, there are times when spoofing is considered legitimate. For example, the FCC’s website explains

There are legitimate, legal uses for spoofing, like when a doctor calls a patient from her personal mobile phone and displays the office number rather than the personal phone number or a business displays its toll-free call-back number.

But if the spoofing is done “with the intent to defraud, cause harm or wrongly obtain anything of value” it runs afoul of the Truth in Caller ID Act.

So What Should I Do?

No matter what the method of the scam is, the first thing you should always do is resist the urge to panic. The IRS doesn’t just call you out of the blue. If you don’t have a Windows computer, Microsoft would have no reason to call you and offer tech support. And if you never took a payday loan, why would you need to repay it? You should be skeptical whenever someone unexpectedly appears and says you owe them money. Ask for verification of the debt. As the Wall Street Journal article points out, you can even call them back on the number they are supposedly calling you from. That anti-robocalling tactic has apparently lead to some interesting phone calls.

If you’ve been receiving strange calls about a debt you don’t remember incurring, give me a call and we can sit down to discuss the process and what options are available to you – (877) AMAYERS.