Venue Clauses in a Contract: What Are They? Should I Care? 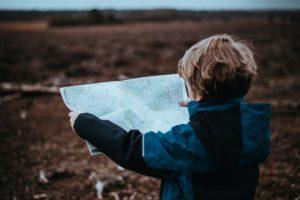 Venue clauses are a common provision in many contracts. They are usually stashed away near the end of the contract with other provisions like “Severability” and “Amendments” and “Modifications.” These types of provisions never seem important when my clients bring me contracts. It’s usually not even in the Top 10 things they want to look at in their contract. But once they become the focus of a dispute over the contract, you immediately see how important they really are.

This week, I had an interesting consultation with a prospective client with venue clauses in his contracts that were going to be creating a problem for him. In his case, he had signed contracts that said he waives any objections to venue and now he was going to be stuck litigating in a court far away from his office.

What is a Venue Clause?

Venue clauses specify the geographic location where lawsuits can be brought under your contract. In many instances, the venue clause makes sense because it is where the property is located or it’s where the parties live. Parties are free to insert a venue clause into their contract and choose whichever court they would like. So you occasionally have a clause that allows for lawsuits to occur in State X even though the parties are in States Y and Z. Without the venue clause in the contract, the court in State X would not hear the lawsuit.

Why Does It Matter?

If you’ve never been in a lawsuit, you probably don’t think about the venue too often. But if you are signing a contract with another party in another state, you may find that the laws in one state are completely different than the other. In your home state, you would be entitled to win a lawsuit. But if that lawsuit is heard in a different state? You could lose and be forced to pay the attorney fees for the other party.

Or what if you’ve had a long-time attorney. You are comfortable with them. They’ve been there since you started your business. You’ve even hired them for lawsuits and they’ve won those. But now, you’re being sued in a different state. Those pesky venue clauses reared their ugly head and you agreed in advance to another state hearing the case. And because your preferred attorney is not admitted to practice law in that state? You now have to find another attorney to represent you. That new attorney won’t be as knowledgeable about your business and the facts. It will be expensive to have them catch up on the case. That venue clause doesn’t look so innocent then…

The answer on this one is easy: READ YOUR CONTRACTS. I know, the last few pages can be tiring. You’ve read 40+ pages already and the stuff at the end seems basic. No one ever reads it, they just tell you to sign it. But fight that urge – read those final few provisions!

If you’re considering revising your contracts, or if you’ve got some contracts you are concerned about but aren’t sure what to do next, give me a call and we can set up a Legal Strategy Session to discuss the process and some next steps to get your company’s documents in order – (877) AMAYERS.