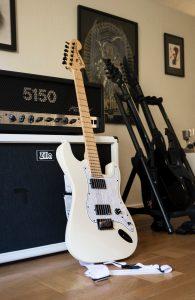 Last week, the New York Post had another story that hits close to home for my estate planning clients. Like Prince and Aretha Franklin before him, Tom Petty is back in the news after his death. According to the article, Tom Petty’s widow is taking his daughters from a prior marriage to court. It seems that this started before he died.

The issue stems from the division of power left behind by Petty. It appears that his wife in charge of the estate, but his daughters have a say in the decision-making process. This has led to disputes over unreleased music, especially with the upcoming 25th anniversary of his “Wildflowers” album.

It’s a positive step that Tom Petty at least had an estate plan in place. As we’ve seen with Aretha Franklin and Prince, without one, chaos can erupt. But even with a plan, when decision-making is shared, issues can arise. In this case, his wife was the first one to file with a court and get out in front of the story. I’m sure when Petty’s daughters put in their response, they will have their own side of the story. But the end result, at least the one sought by his wife, is that someone else will likely be appointed as a manager of the day-to-day operations of the estate.

For an estate the size of Tom Petty’s, the manager may not be a big imposition. But for most people, the cost associated with having to go through these actions would be crippling to the financial survival of an estate. Especially if you have created a trust to provide for the support of your family, adding this extra layer of disputes could be very costly. A properly drafted will or trust can avoid these issues for your family in the future.

If you don’t have a will yet, or if you have one that you may need to update, call my office to set up a meeting and we can review the best options for you – (877) AMAYERS

On a completely separate but related note, if you haven’t checked out the Broken Record podcast yet, you should do so immediately. It is hosted by Malcom Gladwell and Rick Rubin and has some amazing stories about the music industry and fascinating artists. One of my favorite episodes is Episode 7 of Season 1 about Tom Petty and the Wildflowers album…