Temporary Injunctions – Can They Just Shut My Business Down? 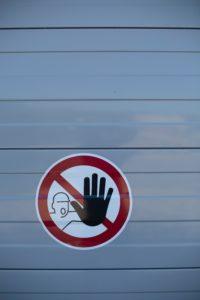 Temporary injunctions sound very intimidating. I’ve had many clients call me after receiving paperwork from a Court that someone is seeking a temporary injunction against their company. They are very nervous about the paperwork. Also, they are normally very annoyed that someone else isn’t telling the truth in court papers. Many are shocked to find that the other lawyer may have embellished or amplified the facts to suit their client’s case. It’s even harder when they had no idea the lawsuit or filing was even coming.

Whether you are seeking an injunction or you or your company are the ones served with the request, it’s important to understand some basics so that you understand the next steps.

What Do Temporary Injunctions Do?

Temporary injunctions are orders from a court that usually tell someone to stop doing something. For example, if your product is infringing on someone else’s copyright, the order might say that you can not sell your product. Or if you are about to do something, the order might tell you not to do that. They are called “temporary” because they are not a final decision. Instead, temporary injunctions are designed to keep things as they are.

Courts recognize that these are extraordinary orders and they often won’t issue an injunction unless there has been clear evidence presented to them.

How Do I Get An Injunction?

There are two primary paths to getting injunctions. The first one is to ask for one “ex parte” – you don’t notify the other party you are going to Court. This tactic is often used when you are afraid that if the other party knew you were going to make the application, they would do something before the Court could issue its order. Years ago when I practiced family law, it was a common tactic to use an ex parte application to get an upper hand in the divorce before the other party knew what was happening. If you proceed this way, the Court will often only award you an injunction for a short time and give the other party time to be served with the order and present their arguments in response.

The other mechanism for getting an injunction is to tell the other side that you are going to ask for one. Usually, the paperwork tells the other party why you need an injunction and has a date for everyone to appear before the judge. In these situations, you lose the element of surprise, but you are often taking a long-term view of the case and seeking the injunction until the case settles or goes to trial.

What Do I Have To Prove?

Each court has its own rules as to what you need to show to get a temporary injunction. Generally, you need to establish that there is a threat of “irreparable harm” if there’s no injunction. Often, this includes showing that money would not be able to make you whole if something happens. It’s this technicality that is often important and requires a good lawyer to assist you. If you can easily be reimbursed for any damage, then a court will likely not award you an injunction.

Many courts also require you to show that it’s likely that you would win the case in the end. They don’t want people just filing for temporary injunctions that have no basis as a way to attack a company. You have to be able to show that you are entitled to the ultimate relief you are seeking in the lawsuit.

How Much Will it Cost?

Aside from paying your own attorney, you may also be asked to put up a “bond” with the Court. Depending on what you are asking for, the court may ask you to deposit money that can be given to the other party to compensate them if the injunction is unnecessary in the end. This can be a very important and expensive part of the process that you shouldn’t ignore.

Even this very short summary of injunctions should show you the importance of talking to an attorney if you or your company get paperwork seeking an injunction. If it’s something small or simple in your mind, there can be intricacies that you need to pay attention to. Especially where there can be fee-shifting rules that allow the other party to not only get an injunction but also make you pay the other party’s attorney’s fees, you don’t want to be caught flat-footed. At least spend some time reviewing the papers with your attorney to make sure you understand what your obligations are and when your response is due to the Court.

If you have received an application for a temporary injunction or you or your company need one to protect your interests, give me a call and we can set up a Legal Strategy Session to discuss the process and whether a lawyer would be a good investment to get your matter resolved – (877) AMAYERS.