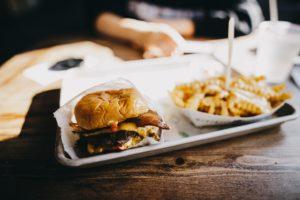 Shake Shack is a growing franchise of burger restaurants. They started in New York City and are probably coming to a town near you soon (if they aren’t there already). Over the weekend, The Hustle had a good story about Shake Shack and their Innovation Kitchen. While it may look like any other casual food restaurant, it’s what goes on behind the scenes that can be a great lesson to other small businesses. Whether you are looking for some tips for starting your business or you’re just looking to grow your current business, it’s a good read.

The Growth of Shake Shack

According to the Hustle, in just over 10 years, they have grown from a single kiosk into one of the fastest-growing chains in the world. Their 2019 projected revenue is $590 million. Their growth is led by an interesting motto:

The bigger you get, the smaller you have to act.

When it was started in 2001, it was a small hot dog stand in Madison Square Park. In 2004, they expanded it to include burgers and named it Shake Shack. According to the Hustle, Danny Meyer never intended it to be more than the single kiosk. But the business kept growing, so they expanded. In 2019, they have 237 locations worldwide. Their per-store revenue is “now more than 2x that of McDonald’s, it’s much larger competitor.”

Lessons for Other Businesses

In order to “stay true to its roots,” Shake Shack opened their Innovation Kitchen in 2018. It was created to help them “keep a small business mindset” despite their amazing growth. Their kitchen is used to create new food options for the diners in the restaurant upstairs. After visiting the Innovation Kitchen, the Hustle learned 3 lessons:

These 3 lessons can easily be adapted to your business as well. Especially #3 – far too many businesses unnecessarily tinker with what’s already working for them.

If you are thinking of starting a business or already started your business and want to make sure your legal documents are in order, give me a call and we can sit down to discuss the process and what documents would be best tailored for your company – (877) AMAYERS.