Prince’s Estate: More Twists and Turns in the Battle for His Estate 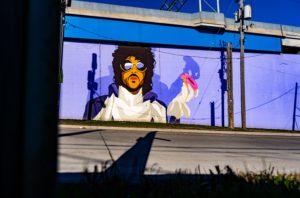 Prince’s estate is still not settled. Nearly five years after the legendary musician died, the legal proceedings continue. Now, the I.R.S. is has contested the value of Prince’s estate in filings with the U.S. Tax Court. The difference isn’t negligible either. The estate’s administrator claims the estate was worth $82.3 million. The I.R.S. claims it’s more like $163.2 million dollars. Even though the value of his estate is far more than most people will ever have to deal with, the underlying issue of dealing with the government and its claims against your estate applies to anyone who, like Prince, dies without a will. With an estate plan, Prince could have avoided the drawn out legal battle that has ensued. Instead, the lawyers involved have made millions in fees and nearly five years later, things aren’t even finished.

How Did We Get Here?

In April 2016, Prince died of an accidental overdose from painkillers. As we learned after the fact, he did not have a will. The lack of a will meant that Prince’s estate would be left up to the local courts to distribute. They have identified at least six family members who are entitled to inherit. This process has taken so long that one of them, his half-brother Alfred Jackson, died in 2019. This week, the New York Times has an article discussing the I.R.S. and its filing with the U.S. Tax Court.

According to the I.R.S., Prince’s estate is worth nearly twice as much as the estate administrator claims it is. For example,

Where Does It Go?

From here, there will be more fighting in the courts. Now that fight has expanded beyond just family members to include the I.R.S. Although, with this much money involved, it shouldn’t be a surprise that the government wants to make sure it gets every penny it is entitled to.

But I Don’t Have That Much Money…

Most people’s estates aren’t anywhere as large as what Prince’s heirs are dealing with. But as you read the articles about what is going on, it’s a good example of why you need an estate plan. Without one, your family will be left to sort out your affairs. While Prince’s estate has the money to pay for all the lawyers to do the work, do you really want your family members to be on the hook for all those legal fees when you’re gone? All it takes to avoid that is to put together a will and the documents that go with it. You don’t necessarily need something complex (although a lawyer can help you determine if you do).

With a little planning, you can make sure your family isn’t left with a mess like Prince’s family.

Hopefully, the five years of fighting that Prince left behind by not having a will show you that you need a will. If you don’t have a will yet, or if you have one that you may need to update, call my office to set up a Legal Strategy Session and we can review the best options for you – (877) AMAYERS.