Postnups - We Got Married During the Pandemic Didn't Get a Prenup 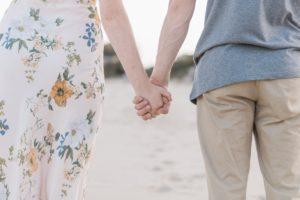 Postnups can be a good tool for you and your spouse to use if you got married during the pandemic. Due to the stay at home orders, many weddings were held virtually or through other creative means. Weddings were still happening, just in a different format. Since there was no ability to be in-person, many couples didn’t have the opportunity to create a prenuptial agreement. I received a call earlier this week from a couple who wanted a prenup, but couldn’t get it done in time before they got married. Given the choice between two time-sensitive events (the wedding and getting a prenup), they chose the wedding. It’s a logical choice. But now, they want to get around to their agreement, and postnups are probably their best option.

A postnup aims to accomplish the same thing as a prenup. It is designed to help you and your partner divide your assets and liabilities in the event you separate or get a divorce.

Traditionally, postnups were not considered valid. Under an older legal doctrine, a husband and wife were considered a single entity. It was called “marital unity” and the doctrine said that an agreement cannot be valid when only entered into with one’s self. In the late 1900’s, the laws came around and postnups began to be accepted. They continue to grow in popularity to this day. Just like a prenup, a postnup cannot address issues of child custody or child support. Those provisions would be considered unenforceable by a Court. The theory behind this is that you can’t bind children to your contracts. They are entitled to their own rights to support and their best interests need to be considered.

What Do I Need To Do?

If you are planning on preparing a postnup, you need to make sure you understand the formalities that are required. The formalities can differ from state to state, but generally, include:

Most states require that your postnup is notarized. Since it is a legal document, it is also a good idea to have a lawyer’s help. Whether it is drafting or reviewing it, a lawyer can make sure that you are signing a legally enforceable agreement. Especially these days where it can be a challenge to get everyone in person for signing documents, you want to make sure you’ve got the process down correctly and your document is properly signed.

If you’re already married and are considering a postnup, call my office to set up a Legal Strategy Session and we can review the best options for you – (877) AMAYERS.