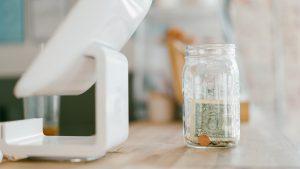 A couple of months ago, the Wall Street Journal had a story on small businesses that were going cashless in New York City. At that time, I wrote about whether your small business should accept credit cards for payment. The businesses I represent have found that accepting credit cards and other electronic payments can significantly increase your ability to get paid by your clients. Today, the Wall Street Journal has another story on Philadelphia instituting a ban on cashless stores. It appears that New York City is also considering similar legislation and the state of New Jersey is looking at a statewide ban.

As many stories do these days, the issue is tied to Amazon and how they are affecting nationwide retail trends. You may have heard that back in 2018, Amazon began testing stores without cashiers. Those stores track what you choose from the shelves and automatically charges you when you leave the store. Before the Philadelphia legislation was passed, Amazon presented its concerns that it would impact their ability to open their Amazon Go cashierless stores. Presumably in response, the Philadelphia law carves out certain types of businesses that aren’t required to accept cash:

Even with exceptions, there are a variety of industry and trade groups opposed to the legislation.

Advantages of Being Cashless

The main advantage of being cashless is greater efficiency, especially for a brick and mortar store. Employees don’t have to make change for shoppers. At the end of the night, the employees don’t need to count up all the cash on hand and do a nighttime deposit. Some workers fear for their safety when they have to take a large deposit to the bank at the end of the night.

The Wall Street Journal points out that Atlanta’s NFL stadium will be going fully cashless as well. They also claim that it will make things more efficient, reducing lines and speeding up transactions. Another benefit, at least in Atlanta, is claimed to be the ability to lower food prices at the stadium. The stadium is even going so far as to have kiosks that would allow those with cash to convert it to a prepaid debit card to use at the game.

Many people think “cashless” is the future of retail. And as our phones advance, cashless may be the future of our society generally. For any business, being able to understand and embrace these changes is important.

If you are thinking of starting a business or already started your business and are considering accepting credit card payments, give me a call and we can sit down to discuss the process and if you’ll need any other legal documents for your company – (877) AMAYERS.