New Job in 2021? Did They Give You An Employment Agreement? 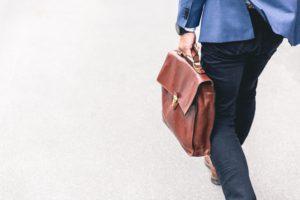 Did you get a new job this year? Even though the pandemic has been dragging down our economy for nearly 1 year, there are still many businesses that are hiring. Prior to the end of 2020, I met with a few different clients who were given employment agreements for their new job. These folks were not all CEO’s. Many of them were very intelligent employees who knew specialized skills that were extremely valuable to their employer. Many smart businesses will provide employment agreements to these types of employees. If you’ve never received one before, you may be nervous. Many people aren’t sure what they should be looking for. But a quick conversation with your attorney can usually calm down any nerves you have.

No Need To Be Nervous

There’s no need to be nervous. The fact that you’ve received an employment agreement probably means that you are valued by your new company. It can also mean that you’ll have access to confidential information. And most smart employers will want to protect that confidential information. They want to protect their business from employees leaving and taking their customers with them.

Companies have a lot of information that they want to keep private. Many times it is lists of customers. Or it may be internal software or other databases they developed. These have been developed over the years by the company. They are what make the company successful. If everyone else knew the information, their successes could be easily duplicated.

Especially if you are given access to customer lists or directly to customers, the company has cause for concern. In the lists, there is likely information that is not “public knowledge” and is what the company wants to protect. They do not want you leaving the company a week later, taking those lists with you.

When an employee leaves a company, a concern the company has is that they will take other employees with them. It can be pretty common in larger companies. A group head leaves, and takes all of her team with her. While losing one employee is tough for a company, losing an entire team can be devastating. The non-solicitation clause is designed to combat that scenario. It restricts an employee from trying to “poach” or bring other employees with them to their new company.

The company has protected its confidential information. It has stopped you from taking their employees. But the biggest question remains, can they stop you from competing with them? It is these provisions that often end up being the subject of lawsuits. In most jurisdictions, the question is whether the limitations on your ability to compete are reasonable. Is it a reasonable amount of time? A reasonable geographic area? A reasonable description of business?

Each agreement is different, but generally speaking, a restriction that you can’t compete anywhere in the world for a period of ten years in any industry where the company has a customer is unreasonable. Knowing this, most companies have a narrower scope for their non-competition provisions.

For this agreement, the company had prepared a reasonable agreement. It was clearly done with their corporate counsel and was created to be reasonable. My client had reviewed it on her own but was glad to have spent the time to sit down and review it with me. As with most agreements, there were some “legalese” provisions that made her nervous. But once we looked at them, and I explained them, her mind was put at ease.

Sometimes lawyers use obtuse language. If you don’t have legal training, the language can seem overwhelming. But a lawyer should be able to sit down with you and decipher and explain it to you. Often times, the agreement is a longstanding document from the company. It has probably been reviewed many times before and is actually a reasonable agreement. But sitting down with an attorney can give you peace of mind as you prepare to start that new job.

If you’ve been offered a new job – CONGRATULATIONS! Before you sign that new employment agreement, give me a call and we can sit down to review what’s in there and discuss if there are any clauses you should be concerned about – (877) AMAYERS.