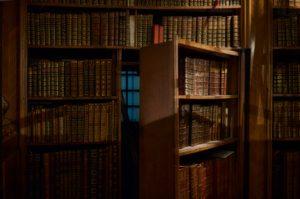 Trade secrets are often one of the most valuable parts of any small business. And if you end up in a lawsuit, protecting them can quickly become your top priority. This week, I met with a new client whose business has just been sued by a former shareholder. They had worked together for a while and thought they had negotiated a structure for the former shareholder to move on. But before the documents could be signed, the former shareholder decided he would rather bring a lawsuit against the company.

While the focus of our meeting began with the contents of the lawsuit, our focus quickly changed. As they had worked together for a significant period of time, the former shareholder was privy to a lot of internal information about the company. Based on the claims being raised in the lawsuit, the confidential information of the company would likely be used as evidence. With that as a possibility, we discussed what steps we could take to protect the company’s trade secrets. Even though it appears that they would be headed to mediation, a plan for confidential information was of utmost importance.

What Information is a Trade Secret?

Trade secrets are often proprietary information that your business would not want to be publicly available. Depending on the nature of your business, they could be,

There are plenty of other types of trade secrets as well, but that’s just a shortlist to get you thinking about what your business has.

How Can I Protect Trade Secrets In A Lawsuit?

There is no automatic protection against disclosing trade secrets in a lawsuit. But most courts allow for mechanisms to protect the information after first requiring the party seeking the information to prove that the disclosure of the information is vital to their case. If that is established, the Court can utilize a protective order to govern how information is exchanged. The attorneys prepare a joint document that spells out the procedures for handling confidential information. Then they often submit it to the Judge to be signed. It is a common document in lawsuits these days.

However, if the parties to the lawsuit are in the same industry, the stakes can be even greater. Especially if the other party can use those trade secrets to their own economic advantage in their business. It’s important to make sure they are not being used improperly. One option for your protective order is to limit who can have access to the information. For example, if you are dealing with customer lists, you could restrict access to only the CEO and General Counsel of the opposing party. They can sign a certification that they won’t disclose any of the information on the list to anyone else in their company. Keeping the customer lists away from the sales team could be a major victory in your lawsuit.

Whether you have just received notice of a lawsuit against you, or you are the one who will be bringing the lawsuit, it’s important to consider the protection of your business’ trade secrets as part of your litigation strategy.

If your business is being sued or is contemplating a lawsuit, and you have confidential information that you want to ensure is protected as part of the process, give me a call and we can set up a Legal Strategy Session to discuss the process and some courses of action for your litigation strategy – (877) AMAYERS.