More Info About Tennis Balls Than You Probably Wanted to Know... 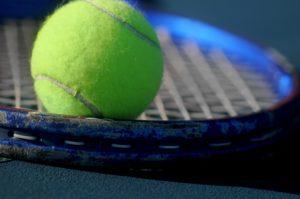 We’re getting late into the summer and the Wall Street Journal had an article this weekend about the tennis balls used at the upcoming U.S. Open. As many of my clients know, you can often find me on the tennis court when I’m not in the office. While I won’t be playing in the U.S. Open anytime soon, I’ve never spent much time thinking about the difference between “regular-duty” and “extra-duty” tennis balls. For most of us who play tennis, it’s simply

But according to the Wall Street Journal, the women at the U.S. Open will play with “sleeker, regular-duty balls.”

Before reading the article, I had never thought this much about tennis balls. But apparently, the International Tennis Federation allows for 3 different types of balls:

There is even a different type of ball for use at high altitudes. I had always thought that the same ball was used at all tournaments. Now I’ve learned something new. (The U.S. Open uses Type 2 balls)

The article discusses the process of making a tennis ball and their delivery for the U.S. Open. Apparently, the order is for 98,000 balls for the tournament!

So back to the reason for the article: the women using different balls than the men. Apparently, the Women’s Tennis Association has a rule that regular-duty balls are to be used at all tournaments unless otherwise approved. “According to a WTA spokeswoman, [this is] because extra-duty balls were difficult on their arms, shoulders and elbows.”

But this is not a worldwide occurrence. According to Jason Collins, Wilson’s global product director,

It’s an American phenomenon. If you look at any U.S. event – Cincinnati, Indian Wells, Miami – there is a difference

According to Mr. Wilson, in Europe, they just play with tennis balls.

Is There A Legal Angle?

So, is there a legal angle to all this? Probably, somewhere in there, you could find a good lesson for small businesses. But as I write this, I am far away from my offices and enjoying some quiet, remote time. If you’d like some legal reading,

Otherwise, hopefully, you are enjoying some late-summer relaxation…