Larry King: Another Celebrity With a Handwritten Will 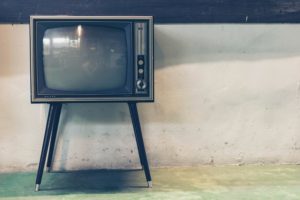 Larry King died in January and it has been reported that he left behind a handwritten will. To many people, a man worth $50 million should have more formal estate plan documents. But as we've learned recently, the estate plans of the rich and famous are not always properly put together. Tony Hsieh's version of a plan was post-it notes around his house. Like Larry King, Aretha Franklin left behind a handwritten will (3 of them in fact). Larry's will seems to be a pretty common division of his property. He reportedly wanted his estate to be shared evenly among his five children. The will was written two months after he filed for divorce from his seventh wife, and she was left completely out of the will. As you can probably guess, the big question to be sorted out will be whether his ex-wife inherits from him.

Can I Do a Handwritten Will?

As I often explain to my children, Can you do it? Yes. Should you do it? Probably not. Like the proverbial business plan on a napkin, a handwritten will can be valid. For example, in Minnesota, a will must be:

These are the basic requirements. There can be other variations on these three requirements in some cases. But as a general rule, you can put together a handwritten will and it can be valid. There are no requirements that it has to be a long document. It doesn’t have to include page after page of legal language. But, especially if you have specific goals for your will, it’s still a good idea to talk to a lawyer and make sure it’s drafted and signed correctly.

Larry King and His Estate

There are plenty of issues that could arise with Larry's estate. At the time he wrote his handwritten will, he had five children. Since that time, two of them have died. Because they were specifically named in the document, the family will need to sort out whether their shares should go to the living children or are to be distributed in a different way. For this, a California court may need to be involved to sort out the inheritances.

California also has an elective share statute, which would allow Larry's wife to claim a portion of the inheritance in the case that the divorce was not finalized before he died. So while the news of his estate is fresh off the presses (sorry, I couldn't resist), there may be more twists and turns to come for his estate.

If you don’t have a will yet, or if you have one that you may need to update, call my office to set up a meeting and we can review the best options for you – (877) AMAYERS