Kobe Bryant and His Legacy Beyond Basketball 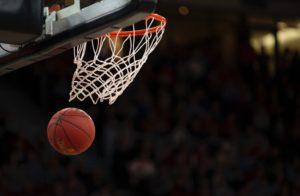 It was shocking to learn that Kobe and his daughter had died in a helicopter crash. As the news slowly emerged throughout the day, there were tributes from all over the world. Every social media platform that I checked in on had a multitude of tributes. A common meme that I saw posted:

Leaving your home and getting back safely is such an underrated blessing.

Many people who had no connection to sports weighed in with their stories. And many sports stars immediately connected with his drive and desire to be the best at basketball. Part of his legacy that probably hasn’t reached the wider audience is his entrepreneurial life beyond basketball.

Kobe was involved with plenty of off-the-court ventures. One of the first ones to gain real prominence was when he won an academy award for his animated short film “Dear Basketball.” He worked with top animators and even got John Williams to help with the music. In addition to film, he was a brand ambassador for a variety of companies. Most famous among those brands were his Nike shoes and Hublot watches.

His focus recently had been on his own private investment firm. A few years ago, he and Jeff Stibel set up Bryant Stibel to invest in tech, media and data companies. According to their website, they’ve invested in companies like The Players’ Tribune, Art of Sport, VIP Kid and Minted. Bryant admitted that balance sheet analysis is really his partner’s forte. For him, he focused on storytelling and branding. He even admitted to CNBC that he’d rather be known for investing than basketball:

When I first looked at my social media calendar for today, the topic was supposed to be estate planning. For a while, I stared at the screen and tried to find a topic that would resonate with the news of Kobe’s death. But the more I looked into Kobe, the more I realized that his story of entrepreneurship and supporting businesses were going to be his legacy. Also important to his legacy? His role as a father to his four young daughters, one of whom was in that helicopter with him. Our thoughts and prayers are with his family, who lost not only a father and husband but also a sister and daughter.