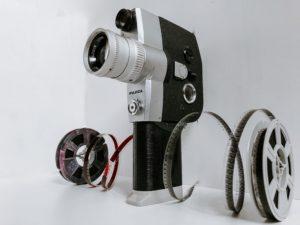 Kirk Douglas has bucked the trend of celebrity estates in the news for the wrong reasons. Recently, we’ve seen issues with,

With the exception of David Bowie, most of these stories end in chaos and large legal bills. Without a well-crafted estate plan, the families are left to sort out their loved one’s estate. If they aren’t happy with what the plan was? Then they need to hire an attorney to challenge it in court. But Kirk Douglas took a different route and made sure to create a plan for his estate.

Kirk Douglas and His Charity

Mr. Douglas lived a long and successful life. He died at the age of 103 on February 5. His estate has been estimated to be approximately $80 million. According to news reports, he has left the bulk of his estate to the Douglas Foundation (a charity he co-founded nearly 60 years ago). The charity benefits a variety of organizations, including

The news reports are unclear as to who will get the rest of his estate – believed to be around $10 million.

A Tribute From Michael

Kirk’s life was well-lived, and he leaves a legacy in film that will endure for generations to come and a history as a renowned philanthropist who worked to aid the public and bring peace to the planet.

Kirk Douglas is a good example of the benefits of a well-designed estate plan. You don’t have to have $80 million to create one! If you don’t have a will yet, or if you have one that you may need to update, call my office to set up a Legal Strategy Session and we can review the best options for you – (877) AMAYERS.