Is a Handwritten Will Valid? - Aretha Franklin Had 3 Of Them 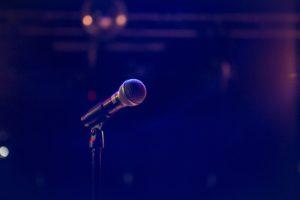 Last year, Aretha Franklin passed away. The stories that emerged were that she died without a will. I even wrote about it and what happens if you die without a will. This week, the news is that Aretha had a handwritten will. In fact, her family found 3 handwritten wills in her house. According to the news, her niece found a key to a locked cabinet in her house. In the cabinet she found 2 handwritten wills from 2010. One of them is 11 pages long and was notarized. Her niece also found a notebook with another will from 2014 under the living room cushions. (It’s amazing what you can find in your couch cushions)

Can I Make a Handwritten Will?

Like the proverbial business plan on a napkin, a handwritten will can be valid. For example, in Minnesota, a will must be:

These are the basic requirements. There can be other variations on these three requirements in some cases. But as a general rule, you can put together a handwritten will and it can be valid. There are no requirements that it has to be a long document. It doesn’t have to include page after page of legal language. But, especially if you have specific goals for your will, it’s still a good idea to talk to a lawyer and make sure it’s drafted and signed correctly.

What About Aretha’s Wills?

According to the AP News report, Michigan looks to the wishes of a decedent and gives them great weight. The recently even found that words stored on a phone could be considered a man’s will. In Franklin’s case, however, the wills are disorganized. They looks more like drafts than a final will. Apparently “Words are crossed out. She used arrows and wrote in the margins.” With all of these facts in play, it looks like the litigation around Aretha’s estate will continue. According to the AP, the next hearing in the case will be on June 12.

If you don’t have a will yet, or if you have one that you may need to update, call my office to set up a meeting and we can review the best options for you – (877) AMAYERS.