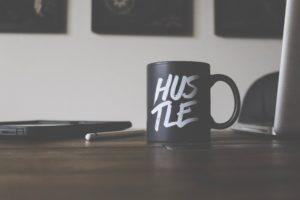 This week, I had a mentoring call with a young man who is entering his final year of college. Not sure of what’s next for him, he had reached out to me to talk about small businesses. I had helped a friend of a friend get a business launched a year ago. Most of his friends had their post-college paths planned out. Some were going to graduate school. Others had jobs with family businesses waiting for them. But for him, he wanted to start a business. He’s a business management major and liked the idea of starting a business as a general concept. A few of his classes had discussed what it takes to be an entrepreneur. What clearly stuck with him from the classes was the importance of talking to actual entrepreneurs and people who work with them to get a feel for what it takes.

One of the resources I sent him to was an article from the Harvard Business Review by Emily Heyward, So You Want to Be an Entrepreneur? Emily recently released a book and is the co-founder and chief brand officer of Red Antler.

Principles for an Entrepreneur

Based on her experiences, Ms. Heyward listed five principles for an Entrepreneur:

The young man I was talking to is still trying to figure out where his path will take him. One of the biggest challenges he is facing is the first principle, identifying the problem you are driven to solve. He was enamored with the idea of being an entrepreneur. But there’s a lot more to founding a small business than just enthusiasm. As Ms. Heyward points out, you need to have people around you (I’m a big fan of having a team of professionals around you) and need to be deliberate in examining your role as a founder.

But once you are ready, there’s nothing more exhilarating than taking the plunge and getting started!

If you are thinking of starting a business or already started your business and want to make sure your legal documents are in order, give me a call and we can set up a Legal Strategy Session to discuss the process and what documents would be best tailored for your company – (877) AMAYERS. Or if you’re like the young man I’ve been talking to and are still in the pre-business formation stage and would like someone to bounce some ideas off, give me a call and we can set aside some time to talk and map out strategies for you.