Dual-CEO Arrangements: Would It Work For Your Business? 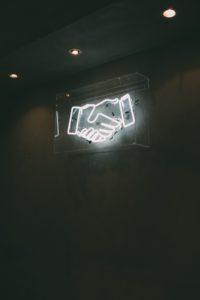 Dual-CEO structures at the top of companies are not all that common. With many smaller businesses, a small group of founders run the business when it starts. As the company grows, people tend to gravitate towards certain executive roles. One partner often understands finances the best. Another founder may be the go-to person for operations questions. And possibly you’ve got someone who’s great at marketing already on board – that can make your company grow very quickly. As the company grows, and especially if you take on investors, the roles of the executives can take on much greater importance. One possibility, which was surprisingly more common than I knew, is to go with a dual-CEO arrangement.

This past weekend, the Wall Street Journal had a story focusing on Allbirds’ Dual-CEO Arrangement. John D. Stoll spoke to both CEO’s of Allbirds. As he described it, “If you need the skinny on products, for instance, consult Mr. Brown. Financing? Ping Mr. Zwillinger.” Another well-known company that utilizes two CEO’s is Warby Parker. According to a University of Missouri survey, the co-CEO approach was primarily used in family companies or after a merger or acquisition.

The View from the Investors

The Wall Street Journal also spoke to venture capitalists, who weren’t as sold on the idea of a dual-CEO arrangement. According to Dan Levitan, his company tries to discourage such a division when investing in companies. His view is that it’s better for a company to “have clear individual roles” as they are founded and growing. Of his 135 investments, only 2 had a similar co-CEO setup to Allbirds.

There may be some support to that view. According to Fortune, the mediation duration of a co-CEO arrangement is 2.1 years. That’s not too favorable compared to the CEO tenure of nearly five years according to Equilar Inc.

Is It Right For My Company?

If Allbirds and Warby Parker can do it, can you? That’s an interesting question if you are starting a business. One of the first things you need to examine is the dynamics of the leadership of the company. To consider co-CEO’s, you need to have the right people who can share the duties. Unfortunately, many of the top business leaders are not able to share such a role. It’s not a shortcoming, it’s just the reality of the personality makeup of successful business leaders. In that case, creating a co-CEO arrangement will only serve to frustrate both members of the leadership position.

A family-owned business may think that having a set of siblings run it together as co-CEO is a natural fit. But remember that there are a lot of interpersonal dynamics between siblings and how they were raised that could easily spill over into the management of the company.

In the end, whether this type of arrangement is right depends on your company. There’s no across the board answer for everyone. But if you are going to go this route, you want to make sure that the roles are clearly carved out and that you have the right documents in place so that the company can thrive.

If you are thinking of starting a business or already started your business and want to make sure your legal documents are in order, give me a call and we can set up a Legal Strategy Session to discuss the process and what documents would be best tailored for your company – (877) AMAYERS.