Diego Maradona: A Legend Is Gone, An Inheritance Battle May Loom… 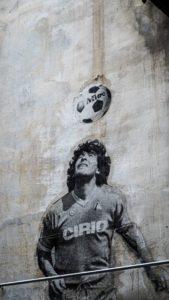 Diego Maradona died last week. He was one of the greatest soccer players of all time. Even if you don’t know much about soccer, you’ve probably heard his name. Along with Pele, he was one of the most iconic soccer players of the 20th century. He won the World Cup with Argentina in 1986 and scored the “Goal of the Century” according to many. But Diego Maradona also had his demons and was twice banned from soccer for using drugs. On the field, he was a maestro with the ball, one of the best dribblers you may ever see.

However, based on his personal history, some seem to think that an inheritance battle may be in the future. Sources close to his family say that he died without a will. And based on the history of paternity suits against him, it may be a tall task to distribute his estate.

Celebrities Dying Without A Will

The first caveat for all of this is that Diego Maradona is from Argentina. Argentina has different laws regarding inheritances. But if he was a U.S. citizen, his death would cause similar issues.

If it is true that he died without a will, he would join a long list of celebrities who have hit the news regarding their estate plans:

If the sources are correct, Diego Maradona may also find himself on this list.

What Happens When You Don’t Have A Will?

If you die without a will, the legal term is “intestate“.  The result is that the state’s laws govern how your estate will be divided up. Each state has different laws on the books as to who gets what. The court system of your state will get involved and have procedures to determine the distributions.

In the case of someone famous like Diego Maradona, one of the main concerns is that these procedures will be public. With this publicity, we’ll all get to know what he owned and who is getting his assets. If his children are unable to agree, then the proceedings can drag on even longer.

Paternity of Other Children – A Will Contest

It is anticipated that there may be other individuals who come forward and claim to be children of Diego Maradona. Doing so would be called a “Will Contest.” Will contests are usually brought on by individuals (could be family members, close friends, or business partners) who believe they have been wrongly disinherited. However, not all of your family or friends have the ability to contest your will in court. They must have legal “standing” to file a lawsuit. Standing means that a person involved in a lawsuit will be personally affected by the outcome of the case.

The following people have the ability to contest a will in probate court:

If a will is successfully contested, then the court will declare the will invalid and “throw it out.” If there is a previous will, then the court will abide by those terms. If there are no other estate planning documents, the state’s laws of intestacy will decide who inherits what property. As you might expect, this can be a disastrous outcome for your intended beneficiaries.

What Are the Legal Grounds for Contesting a Will?

If a person does have the legal standing to challenge your will, they must prove that the will is invalid due to one of the four reasons below:

How to Avoid a Will Contest

Considering the time and expense, will contests are something you’ll want to avoid at all costs. Not only would it jeopardize your final wishes but it also causes unnecessary and painful conflict among your loved ones during an already emotionally trying time. To avoid these disastrous and painful scenarios, consider the following:

Hopefully, Diego Maradona’s situation has convinced you that you need a will. If you don’t have a will yet, or if you have one that you may need to update, call my office to set up a Legal Strategy Session and we can review the best options for you – (877) AMAYERS.