Charitable Giving During the Pandemic – Finding New and Creative Ways… 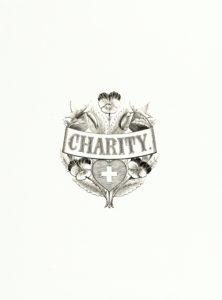 Charitable giving during the pandemic has continued. In fact, the numbers seem to indicate that charitable giving has actually increased since last spring. Normally, my clients include gifts to charity as part of their estate plan. They often include animal rescue organizations, civil rights organizations, educational institutions, and religious organizations. As you probably know, you don’t need to wait until you’ve passed away to donate to charity. Hopefully, working with those trusted members of your team (Trusted Experts, Authorities, and Mentors) you’ve implemented charitable giving as part of your financial planning as well.

Giving During the Pandemic

This week’s Wall Street Journal had an interesting article on the new ways people are finding to donate to charity during the pandemic. Rather than hunker down and hoard their funds, people have been increasing their charitable giving. Some have even made their contributions earlier in 2020 so that the donations could be put to good use. Fidelity Charitable reported that its clients donated more than $8.1 billion through 12/15 last year (up from $7.3 billion in 2019). They surveyed their donors and found that 46% of the donors increased their giving due to COVID. The types of charities receiving support were,

The WSJ also looks at some of the non-traditional ways that giving was happening as well. One interesting campaign from a Midas repair shop,

Mark Smith, owner of five Midas auto repair shops in the Richmond, Va., area, set up a promotion for people to cite acts of kindness they performed each day in June. People who emailed their lists to him received four free oil changes (a year’s worth), which would normally cost $42.99 each. Mr. Smith says he received about 200 responses.

In addition to Mark at Midas, Mark Rapp, a trumpet player in South Carolina, set up weekly concerts and raised more than $16,500 for out of work musicians. He then created an online camp with 40 courses on topics like jazz history and music lessons. He got more than 100 people to attend the camp and all the musicians got paid.

What Can You Do?

The upside of all of this is that there are plenty of ways for you to get involved. They don’t have to involve you being on the front line and possibly exposing yourself to COVID. Look in your community for others like the two Mark’s mentioned above. Is there someone with a non-traditional way to help out? Can you do charitable donations now instead of at the end of the year in December?

If you look hard enough, I’m sure you can find a way to help…